Linux operating system (Linux or GNU/Linux) is a free source Unix Type operating system that was initially created by Linus Torvalds and then it developed with the help of developers from all over the world. Its use is similar to that of Unix, but all of the source code has been written from scratch as free software under free license GNU General Public License. That means that it’s source code is accessible to anyone.

Linux Operating System is an independent POSIX implementation and in its characteristics it includes real multitasking, multi user environment, virtual memory, shared libraries, demand loading, TCP/IP networking and a lot more characteristics that explain the “Unix type”. Linux can be installed and operate in a wide variety of computer systems, from small devices such as mobile phones to big computer systems and supercomputers. In June 2014, 97% of the 500 most powerful supercomputers use a Linux distribution. Linux is predominantly used in servers, since the recorded use of them for 2008 is equal to 60% of the total market. Last years have seen the rise of Linux on PCs, thanks to the very good support and compatibility with the various systems and computer materials than in the past, as well as enhanced aesthetic and utilitarian functionality of the various distributions. Linux distributions are also extremely popular in older or low CPU power computers (such as netbook or just old PCs), as Linux has often much lower requirements of processing power, memory, and storage space than other operating systems. Linux can be used for many purposes, such as networking, program development, or just a platform for ordinary users. By its nature and its flexibility, Linux has become very famous in the world and a large number of developers are focused on it. Linux mascot is a charming, smiling penguin, who was been chosen by Linus Torvalds.

Are you new to Linux?

If you are a beginner, you do not want to download the core, which is only a part of a Linux system. Instead of the kernel, you need what is called a “Linux distribution“, which is a complete Linux system. There is a multitude of distributions, available for download, as well as available for purchase from various vendors. Some distributions are for general use (something you need if you’re new to Linux) and some distributions optimized for particular uses. The main characteristic of distributions is the great potential parameter and selection offered as each distro is addressed to a different type of user. Depending on the philosophy that follows each distribution may be more useful based on user friendliness, in multimedia, ease of configuration, simplicity of the system, only free software, low resource requirements, and more. For more info about which distro to choose, read here.

Reasons to use Linux

Why use Linux? It’s cheaper, faster, much more flexible and customizable than Windows. The maintenance is cheaper compared to that of WinNT (this advantage, by the way, is an advantage of any other Unix system). It’s cheaper than any commercial version of Unix. Easy maintenance from anywhere in the Internet. It has better hardware support (hardware) from FreeBSD, SCO and Solaris / X86. The source code is available. This means that any bugs are corrected in record time! 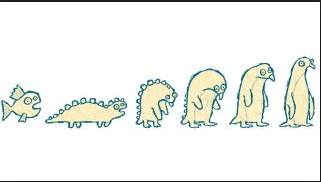 Linux, is a technique similar to UNIX, which was then very popular in academic institutions and businesses. The GNU project, drafted by Richard Stallman in 1983, aims the creation of a complete operating system open source and compatible with UNIX. The development of GNU started in 1984 while Stallman established GNU. In early 90s the development of useful tools that are required from an operating system(like libraries, translators, text editors, shell, GUI) was complete. But the creation of hardware drivers wasn’t ready yet and also the core of the system. That fact pushed Linus Torvalds to create his own core. Torvalds began the development of a non-commercial operating system in 1991, while still studying at the University of Helsinki. Inspired by the Unix operating style MINIX, he began to develop the core that became known as the Linux kernel. Torvalds originally wrote programs that were running in MINIX until Linux has reached a stage of development where it was no longer necessary the link between the two operating systems. Then, Torvalds decided to change the license, which until then did not allow the redistribution for commercial purposes, and made Linux available under the GNU GPL license. So GNU found a kernel function, and Linux found ready a wide variety of programs. Integrating his project to GNU, Linux development was rapid and quickly surpassed MINIX in popularity.

From the Linux accession to GNU, thousands of developers worldwide contribute their code and collectively develop Linux. Each distribution is supported by an organized community of users and developers, while some of the distributions are supported by companies that sell version commercially or they sell technical support for free versions.

The Design of Linux Operating System

Linux adopts many of the Unix operating principles that established in the 70s and 80s. The system consists of a monolithic kernel, the Linux kernel, which controls processing, networking, peripheral devices and access to system files. The device drivers integrated directly and are part of the core. Distinct from the core are the high-level functions such as the graphical user interface, which are interconnected with the core and form a complete operating system. Users can control a Linux system through a command line or from the graphical user interface (GUI). Modern popular distributions pre-select the GUI, where the use of the command line is available via a terminal or via a separate virtual console. The most common GUI in Linux is the X Window System, which today efforts are being done for X window system to be replaced by the Wayland, while the company “Canonical” develops the Mir system for the distribution of Ubuntu. The X Window System provides the basic tools for creating, displaying, posting and managing window graphics. This gap is covered by the so-called desktop environments, which implement taskbars, screensavers, panels, etc. Popular desktops is Unity, the GNOME, the KDE, the Cinnamon, the MATE, the LXDE and Xfce.

The main difference between Linux Operating System and other popular operating systems is that the core of Linux and other major applications are developed massively and collectively from user communities, since it is a free and open source software. There are more operating systems with free licenses (like the BSD Unix systems), but Linux is the most widespread. Some licenses for free and open source software are based in the principle of copyleft, were everyone can take the code, edit it, reproduce it and transmit it to 3rd parties but he must act under the same license. That ensures the free and unhindered dissemination of the code for the benefit of everyone that’s interested. The most popular free software license, the GNU GPL, is a form of copyleft, and is used for the Linux kernel and the GNU project several applications.

A Linux distribution (briefly distro), is a collection of system software and application packages available for download and installation via a network connection. This allows the end user to customize the operating system to specific needs. Distributions may be supported/developed by private volunteers, by associations and communities, by commercial companies or by combinations of those. Distributions regulate and install the Linux kernel, they take care of the overall safety of the system and define the level of integration of the different software packages. Distributions typically use a package manager like APT, the yum or Pacman, for installing, removing and updating the software of a system with a single procedure. Linux distributions are aiming at interoperability with other operating systems and established computing standards. Linux systems are developed according to the POSIX standard, SUS, ISO, and ANSI where possible. Free software projects, although developed participatory, have an independent course of development of other similar projects. Because since licenses allow redistribution, it is possible to build larger ventures that combine many individual projects, creating a Linux distribution. Since every OS that carries as kernel, the Linux kernel is characterized as Linux distribution, there is a large and continuously changed number of Linux Distributions.

Each Linux distribution follows its own philosophy. Some of them are for general purpose and others are more specialized. Many distributions targeting specific user type or function only on specific computer hardware. Furthermore each distribution focuses on a different area of the system, such as user-friendliness, safety, stability, multilingualism, high system performance etc. It is worth to mention that some distributions include only free software. Approximately three hundred distributions are now under active development, while twelve most popular of those are general purpose distributions. Linux is a highly portable operating system. Its core, can be performed in a wide variety of computer architectures, such as platforms ARM, iPAQ, IBM System z9 and System z10, and devices from mobile phones to supercomputers. There are not many specialized distributions for wide-used architectures. The core ELKS may be performed at 16-bit Intel 8086 processor and Intel 80286, while the core mClinux can be performed in systems that have no memory management unit. The Linux kernel also runs on closed architectures where intended for exclusive use by the manufacturer, such as Macintosh computers (with PowerPC and Intel processors), various PDAs, game consoles, portable media players and mobile phones. What makes it different from other operating systems is the ease with which it can be extended to cover the most demanding needs.

Linux Operating System, and most of the software that comes with it, is distributed under the terms of the GNU General Public License. The license was created to ensure the free distribution of the programs that use it. So a program under the GNU GPL must be accompanied by the source code, and in case someone modify such a program and want to distribute it is obliged to distribute the original code and its own changes to that. The open source concept does not imply that it is free, but that it is distributed freely with its source code available to anyone. That means that not only anyone can use the OS but also that anyone can redistribute it, sell it, edit it and extend it. Now, whether that applies to the entire Linux distributions depends mainly on the particular distribution. If it’s Debian GNU/Linux, Slackware or Fedora as well as the list of Distros that the Free Software Foundation recognizes as totally free, then, all of the above are allowed. The rest of the distros may contain non-free software. In these cases, the above are allowed only in free programs that a distro can offer.

Distributions typically have a very large variety of programs. There are thousands of free programs that come with a license similar to Linux (or even looser), which cover most of the capabilities of the corresponding closed source ones. Currently large databases are maintained in order to classify these programs. Closed source Software (proprietary) and / or with limited freedoms use programs exist in Linux as well and covers several areas like games, databases, and device drivers. Besides the wide variety of applications created for Linux, there is also the option for a user to run on Linux programs that are designed for MS Windows. This is done using an “intermediate” application such as Wine, which is a free implementation of Windows API.

Drivers belong in a particular category. Due to their special nature, specific information may be required for the writing of drivers. Information for  the specification and the design of the controlled device. This information is not always available, as manufacturers are often reluctant to disclose them, citing a lack of demand issues, technical difficulties, as well as incompatibility with their business model towards free software.