Gnome Pie 0.6.9 recently released, is a circular application launcher for Linux. It is made of several pies, each consisting of multiple slices. The user presses a key stroke which opens the desired pie. By activating one of its slices, applications may be launched, key presses may be simulated or files can be opened. Get full details including demo here 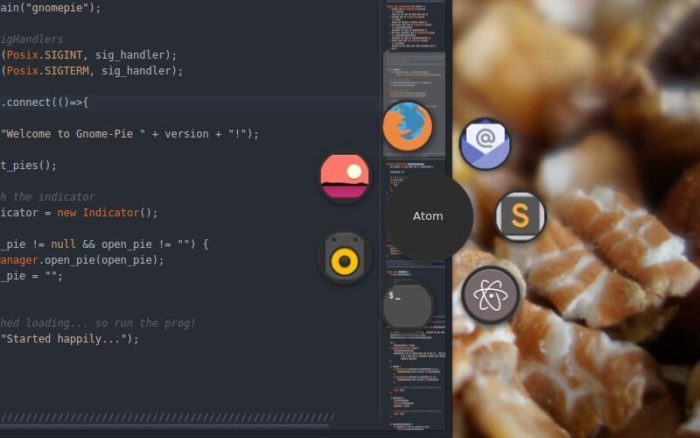