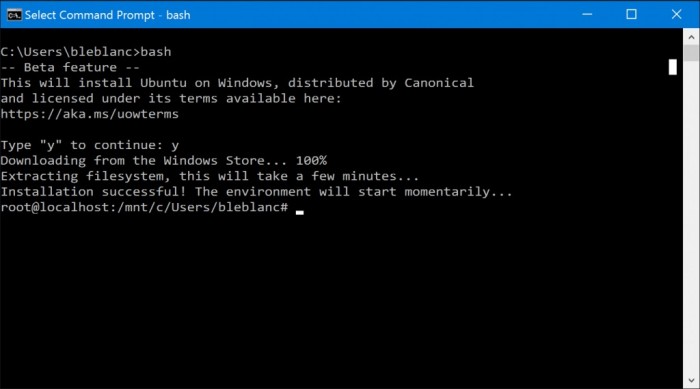 To accomplish this, Microsoft built a new infrastructure within the Windows Subsystem for Linux (WSL), upon which a genuine Ubuntu user-mode image runs off it which was provided by Canonical, creators of Ubuntu Linux.

In addition to the Linux subsystem, Cortana intelligent assistant is now optimized to give you perfect sync across all the devices where you use Cortana to stay connected and never miss a beat throughout your day. Cortana will now inform you of low battery power on your mobile devices and will allow users to locate their phone from their PC through geo-location and by having Cortana ring your phone.