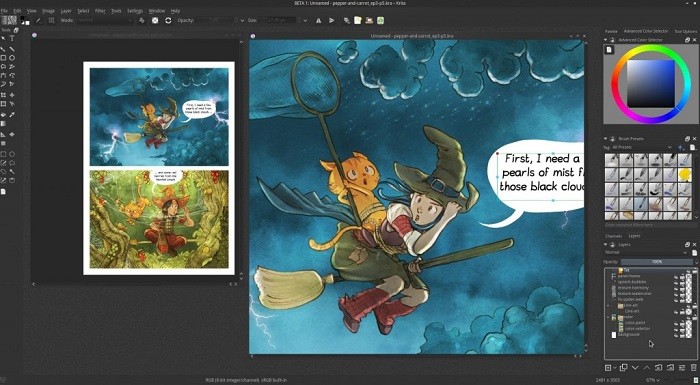 This is still based on the stable 2.9 version of Krita, though, not on what will become Krita 3.0. But there are a lot of crash fixes, bug fixes and improvements, and the following operations now work on animations as well:

Nathan Lovato has made a nice introduction video: