MakuluLinux Aero Edition has been released almost 12 months, with more than 500 builds, almost 40 Beta’s, more than 3300 hours of work. Makulu kicks off the 10 series with the release of the Aero Edition, built from the ground up it offers the end users everything they have asked for, a Linux Edition that has a similar look and feel to the familiar Windows Environment and is ready to use straight out of the box, not only does it make it comfortable and easy for Windows users to jump ship, but its Extremely Fast, Stable, and EXTENSIVELY tested for many months. 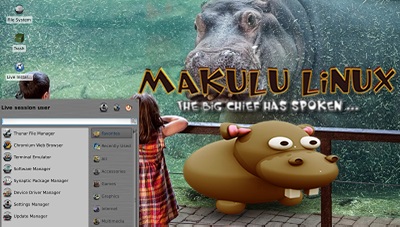 Makulu Aero Edition is very powerful, it may look similar to windows on the outside, but its all Linux under the hood and this Edition does not disappoint with Pure Raw Power.

There is a nice variety of themes, controls, window borders Included in this Edition, Users can now set their desired look and feel in Theme options