Pitivi 0.95 the fifth beta release towards the 1.0 version recently released by the Pitivi team, is a Free video editor with a beautiful and intuitive user interface, a clean codebase and a fantastic community. This latest release packs a lot of bugfixes and architectural work to further stabilize the GES backend. 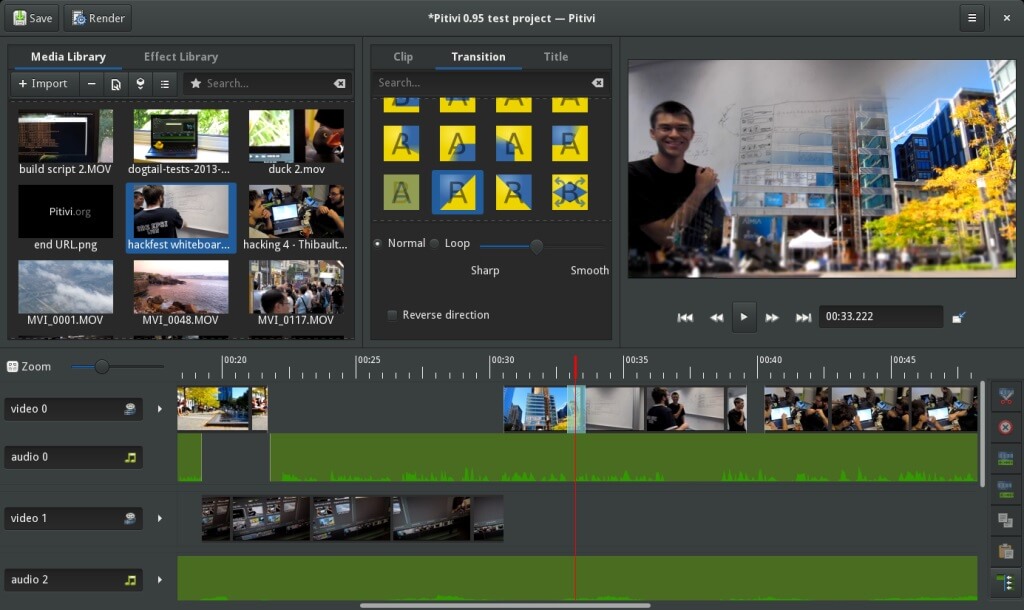