Mozilla recently announced it’s plans to discontinue one of its theme’s “Firefox Heavyweight Theme” from Firefox as part of it’s dead initiative. For those who may not know, Heavyweight themes, sometimes also called full themes or complete themes, can modify all elements of the web browser opposed to so-called lightweight themes which modifies basic elements such as the header bar only. 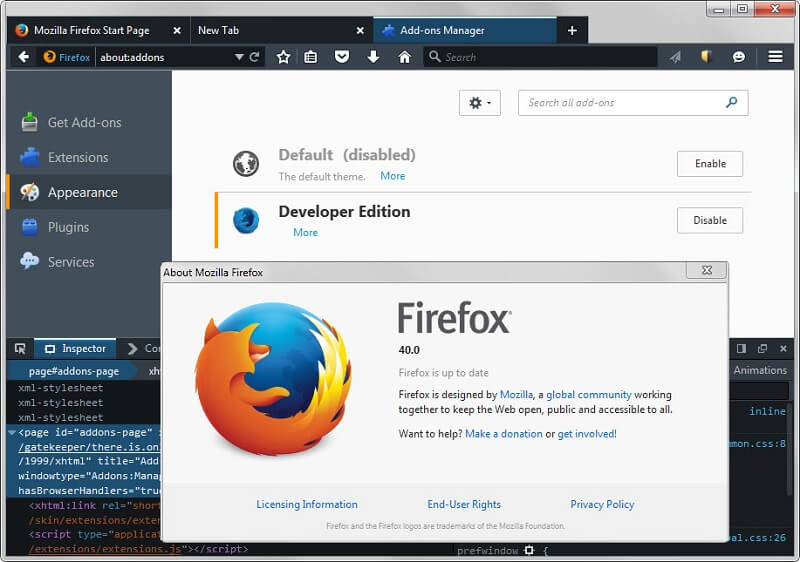 As reported by Benjamin Smedberg, who is the Manager of Firefox quality engineering at Mozilla:

As part of Firefox great-or-dead, we’ve decided to stop support for “heavyweight” themes which can do arbitrary styling and replace chrome packages. We may simply remove that support completely, or we may extend lightweight themes with some additional features such as changing colors or icons.

Clearly this isn’t a welcomed news according to reply by one “hockeymikey“:

This is a terrible idea. One of the best parts of Firefox is customizability and this is a huge set backwards in that department. I would use chrome if I wanted a one size fits all approach and **** theme support. You guys should be extending support for ALL themes, lightweight and heavyweight, to give users the most variety in choices.

Once this policy is applied, users will be left with custom toolbar backgrounds or the lightweight themes. It is not yet clear which Firefox themes will be treated as the ‘lightweight’ themes by Mozilla.